The 2019 wildland season is upon us, and whether you are a firefighter or a chief officer, the mapping features in Tablet Command (iPad) and TC Mobile (iOS/Android) can enhance your situational awareness, safety, and effectiveness while responding to wildland fires.

As crews are dispatched, they can immediately view an incident in Tablet Command with a variety of base maps and map layers in the “Overview” screen or by tapping the “Map” tab within an incident on their iPad or Smartphone.  In these views responders can see the fire ground from an overhead perspective, providing head start on “LCES” (Lookouts, Communications, Escape Routes, Safety Zones) and insight into situational and resource status.

With Tablet Command, an organization can access base maps and custom maps through Esri ArcGIS Online (AGOL). Base maps can be high resolution imagery, topographic layers, or street maps, and users can toggle quickly between them in the Tablet Command interface. Whether performing structure defense, perimeter control or “fire-front-following”, these maps can make a significant impact on the ability to mitigate  fast-moving incidents and put responding resources in safe, effective positions.

There is no limit to the number of map layers that can be accessed through Tablet Command.  These layers can include fuels, weather, current fire activity, topography, jurisdictional boundaries, historic fire activity, threat zones, hydrants, power grids, pipelines, evacuation zones, etc.. Tablet Command can also access map data generated by other solutions such as Avenza and Intterra. These map layers place additional detail on top of the base maps which can help incident management personnel make tactical decisions and provide crews rapid access to key information.

Typically on a large wildland fire, maps are updated every 24 hours as part of preparing IAPs, but with AGOL and Tablet Command, map layers can be updated in Arc GIS Online, published to Tablet Command, and consumed in near real time by personnel in the field.

Data from MODIS and VIIRS shows the heat signatures of active fires. By tracking the progress and timing of these signatures on the map, firefighters and  incident commanders gain insight into the areas of greatest fire activity in the last 24-48 hours and can supplement data collected by flyovers, supporting tactical decision making.

Often, wildland fires destroy conventional landmarks (street signs, house and building numbers etc.).  The USNG, a standardized location referencing system, is another layer that can be added to maps and displayed in Tablet Command.  It is an excellent tool for deploying and directing resources, and improving operational efficiency and responder safety.

For example, the 2018 Camp Fire in Paradise, CA consumed 153,336 acres, destroyed 18,793 structures and claimed 85 lives. During this incident the US National Grid System supported the seamless and coordinated response of firefighting resources from around the state as well as Federal Emergency Management Agency (FEMA) Urban Search and Rescue (USAR) teams. These teams conducted extensive search and rescue missions with the help of USNG grid maps. 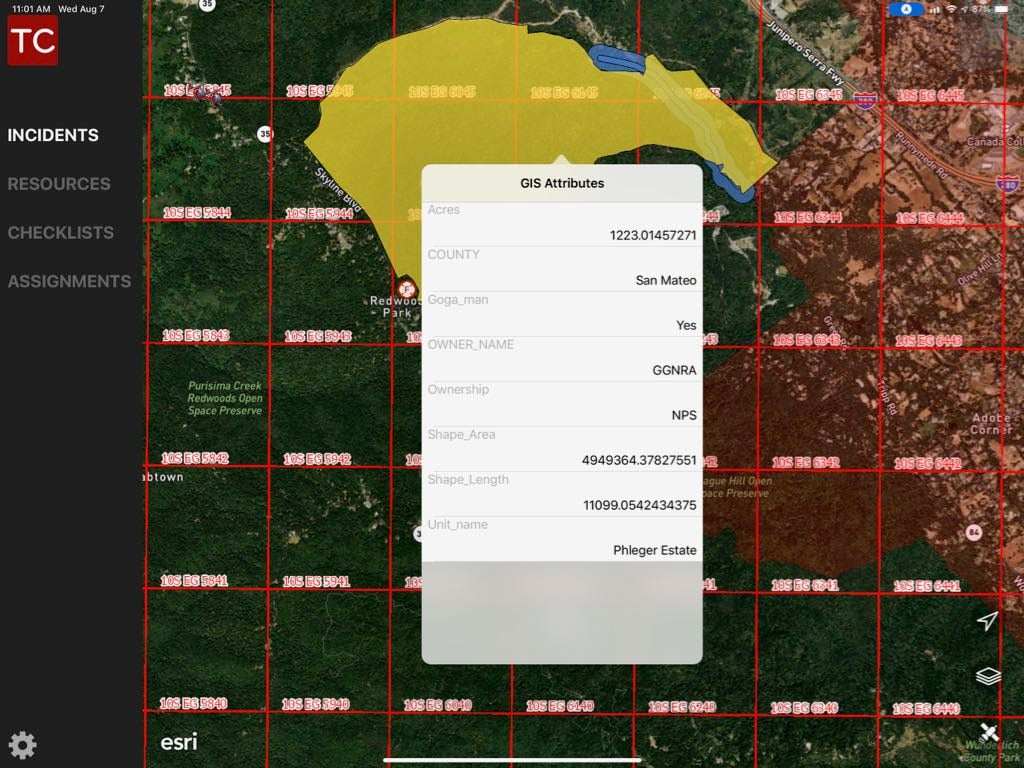 For more information about the US National Grid System go to www.usngcenter.org

Tablet Command can display vehicle location and status data from a department's CAD system, directly from AVL modems such as Sierra Wireless or Cradlepoint, and from devices running Tablet Command or TC Mobile.  Accurate location information is crucial in a wildland environment to maintain accountability, accurately position and manage resources and to direct crews to safety zones in the event of a change of fire conditions or behavior. 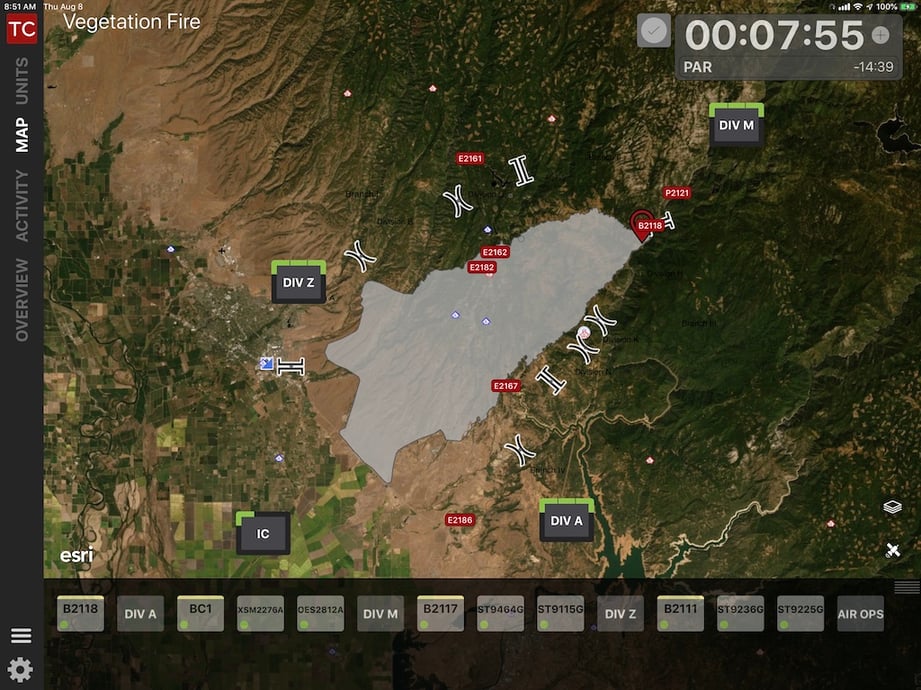 In this one minute video from Marin County, Battalion Chief Graham Groneman talks about an  engine company trapped during the Carr Fire and how Tablet Command coupled with ArcGIS Online and vehicle location data made the difference between life and death.

Tablet Command has proven to be an invaluable tool in helping responders during wildland fires. The mapping features including base-maps, data layers, AVL, and live feeds improvesituational awareness, enable rapid dissemination of mapping data and help save lives andproperty.

For more information or to arrange a free on-line demonstration click the link below.